The San Diego Comic Convention kicks off in only a few days and already folks are wandering through downtown dressed as iconic characters. From Superman to Iron Man to the Green Arrow, these folks are all about living the dream – to become something tremendous. However, if you’re anything like I was a few years ago, many of Comic-Con’s colorful attendees’s costumes are a little more difficult to place. Before my roommates doused me in superhero knowledge, I might have recognized maybe Superman and Batman…and that’s about it, which really kinda took away from the experience.

So! In an effort to ensure that you lovely readers don’t experience the same lack of superhero awareness that I had, I’ve Avengers Assembled (!) a list of five super hero comics that will give you the same crash course I was given.

Civil War, written by Mark Millar, was a seven part series that revolved around a huge rift that occurred between the Marvel Universe’s superheroes. The Superhuman Registration Act has passed, requiring all superheroes to register their true identity with the government. This causes some serious issues for many superheroes, as their secret identities are secret to protect the identities of those closest to them. But other heroes believe that being open with each other, dismissing their secret identities, is crucial to building a relationship of trust with normal humans and with each other. It’s a series that works to include a great many Marvel superheroes and does a great job putting each in their own spotlight, helping folks who have trouble remembering who is who put a name to the many faces.

Another Mark Millar work, Ultimates takes place in an alternate Marvel dimension as aliens begin to covertly infiltrate the earth under the watch of Captain America. It’s somewhat of an origin story, bringing together all the iconic superheroes of the Marvel Universe together in a new, fresh way. 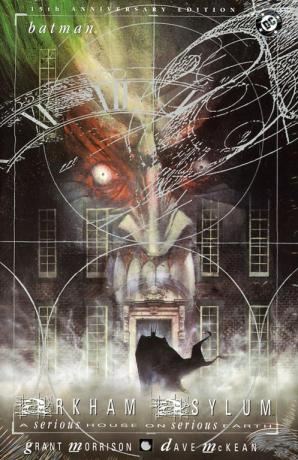 It’s my personal opinion that Batman has the coolest villains. And after reading this demented comic, I’m sure you’ll agree. Grant Morrison’s Arkham Asylum finds Batman diving into the nuthouse and confronting his own insanity as he encounters each of his stylized arch-enemies in their own glorious madness. It’s a wicked examination of the Dark Knight’s own fractured psyche and it serves as an exciting introduction to many of the Bat’s most notable enemies.

Astonishing X-Men, written by genius of Joss Whedon, features the X-Men in some of their greatest moments. Kept free of crossovers, Astonishing X-Men focuses solely on the mutants of the Xavier Institute and will give readers insight into some of the most cosplayed characters at Comic-Con.

With the rebooting of the entire DC Universe, now is a pretty solid time to get in on the new beginnings of some of the best known superheroes. When an unspeakable evil threatens the world, it’s up to Batman to bring a bunch of “new” superheroes together for the fight. The Justice League combines all of the greats and makes for the perfect introduction to the faces of DC Comics.

And these are but a few of the thousands of comics out there that inspire folks to don cowls and capes every year. In fact, there are so many comics out there, I’m positive I’ve missed some that should definitely be on this list. If you’ve got a recommendation, let it be heard in the comments below!